The past several months has been a challenge. I was sort of forced to knock down the house I live in with my boy. Right after he moved in on Jan 21 and we celebrated my birthday, my house was torn out. Actually the termites were tearing it down for me; I just beat them to it. I come to find out that my home, built in 1948, was NOT built on site but was moved from near the beach and was set on pieces of concrete, basically without a foundation. I had termites flying in from the air and coming up from the ground. So in Early February it was gone in 2 days. I am building back larger, using the footprint and expanding. I told my contractor to go above code. I now will have a building that can withstand 200 MPH winds and built like a bomb shelter. 19 concrete columns and over a 1/2 mile of rebar for a ONE story home and NO MORE termites. As of today, I have another inspection in the morning and then another concrete pour. Next week the trusses go up and its quite possible there will be a roof.which closes in the house. We are in the dry season here in the tropics and it has to be closed in before May 15th which is when the summer rains begin give or take a week. ITs been a challenge living on one side of the house that was built in 2000 which consists of my bedroom, bathroom, the garage, and utility room. The Florida room is the dining room and that’s it. Between me the boy, the cat and Glenn who’s living in the guest house, it gets rather tight but we are making the best of it. In the pics you can see the pre demo final photos of my 65 year old house and the substantial termite damage that was caving in my roof and walls. I was told that EVERY SINGLE wall had damage and the first pic here is the roof truss EATEN AWAY! Nothing but splinter! In my next blog, I will post some pictures of the NEW concrete termite proof structure being built. Its not happening fast enough for me but its worth the wait. 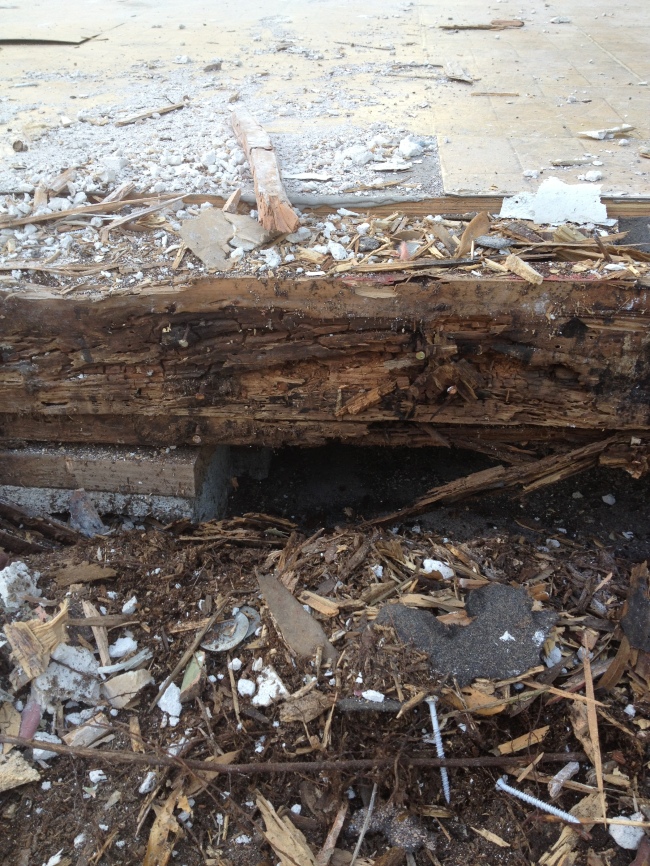 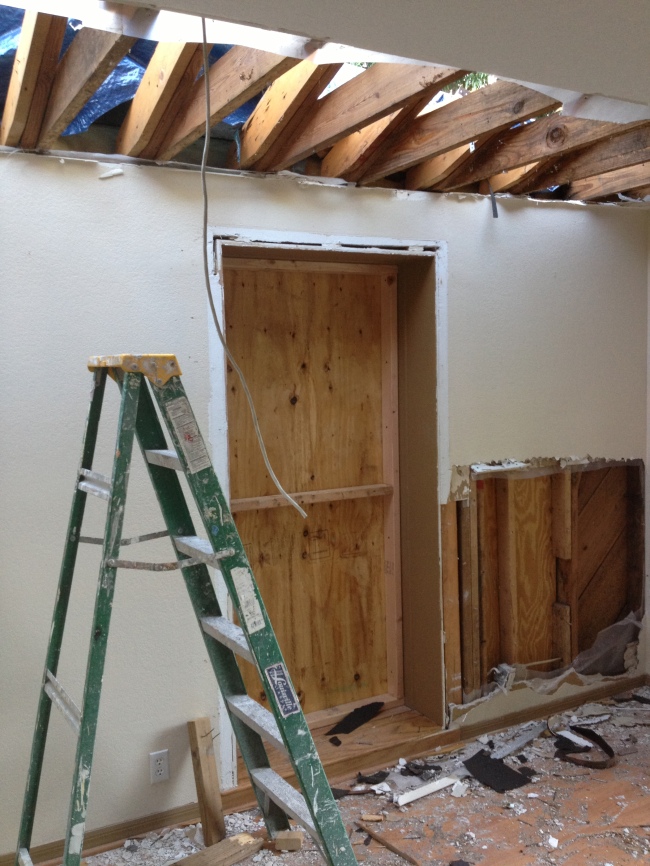