Back in January..I believe it was Jan 29 or 30, 1994 I received my Muir Cap from SIR up in Boston. IT was my 20th year anniversary. That was very emotional for me…When I received my Cap, there was no ceremony, no pomp or circumstance. He took me to a store..I think it was called the Marquis de Suede? We looked around and we left. Several hours later he gave me the cap. One interesting thing he did. He had a chain put on over the brim, and twisted it one time. HE told me that it signified that I would never be perfect (just like the hat wasn’t) ..oh, and that I was twisted… LOL.

Im not saying that the way covers are given now are wrong..it is what it is. Things were different and I kind of enjoy the ceremony now when a cover is given. I have attended quite a few and have myself covered several and have spoken at many of them so I actually enjoy them; ESPECIALLY when I know the person receiving either his boy cap or his Muir cap. It always makes me smile. In the first pic I am in the process of giving a good man his Muir cap. SIR Travis. The second and third photos are MY MUIR CAP thats 20 years old. IF you notice in the third photo in particular, the twist in the chain that SIR purposely put there!! 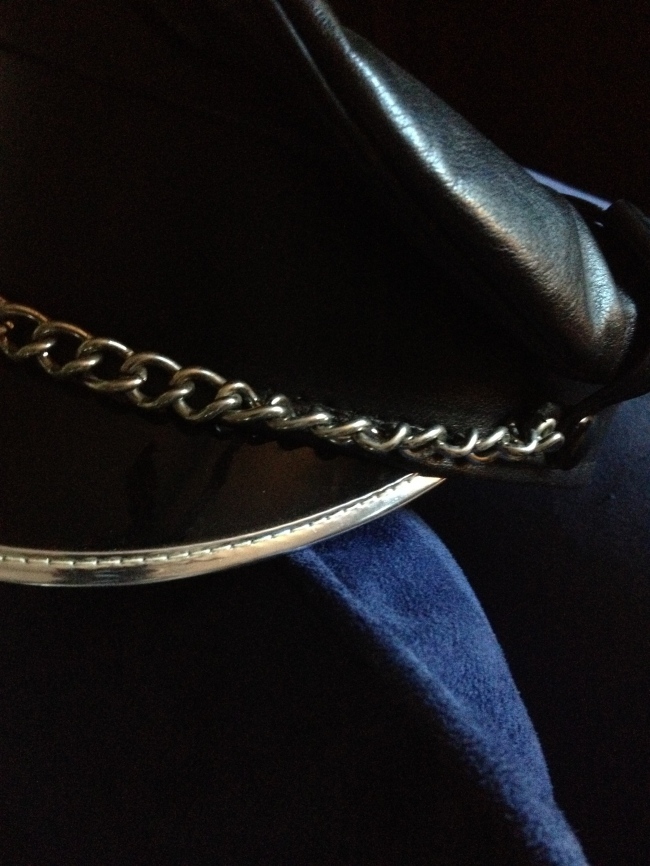